One of the most common challenges that people have in the time we are living in is when a person feel lost or uncertain about her/his own identity.

What does having an identity crisis mean?

What are the symptoms of having an identity crisis?

Do you have it or could have it?

Why does identity crisis happen?

How can we overcome an identity crisis?

“I don’t know who I am anymore”

“I don’t know what to believe in, in the midst of all of this noise”

“I don’t know what my passion is”

“I lost my passion”

Maybe you too have said or thought of one or more of the statements above, or maybe you heard someone else saying such statements. Very often such statements are an indicator for an identity crisis as in “I don’t know who I am anymore” or “I forgot who I am”. It is that moment of uncertainty and confusion in which a person’s sense of identity becomes insecure.

I coached a lot of people who had identity crises and managed to summarize the main reason of it, approaching the subject from my experience and not from a philosophical or academic point of view.

I believe that confusing our identity (who we are) with our functions (what we do) is the reason behind experiencing an identity crisis.

Let me clarify with an example:

Ok, Bob, what would you like us to work on?  I said. Bob responded: “I am retiring very soon and I don’t know what to do after that. Intellectually, I know that retirement should be my time to rest, have fun and do all the things I didn’t have time to do before. But to be honest I am afraid that I wouldn’t know who I am anymore after leaving my job.”

For a moment, let’s think about Bob together. He is a person who built his identity based on his actions (functions), which doesn’t sound like a bad thing: why then is he showing identity crisis symptoms?

From my experience, I believe that functions are very important to help us identify ourselves. Yet, they are not enough by themselves. Surely, something is missing? What is the secret ingredient that needs to go hand in hand with those functions? The ingredient that will enable us to have a sound identity, that can endure all the changes that we constantly face in life?

Our functions are the action-oriented roles that we play in life, it is our way to impact life. We all know that each action must have a reaction, which means that for each input we put in life, there must be an output, a result, a response. So, if my actions are the input, what is the output? Could the output be the results of my actions (i.e.: I work to get paid, I do sports to get fit or win a competition, etc.…)?

I believe that you will get the answer if we go back to Bob’s case study, and look closely into why exactly is he having an identity crisis?

During our conversation, I learned that Bob lived a long life of achievements. He achieved almost any goal he set to himself: from being an athlete to graduation with excellence, from marrying his dream girl to having the job that he always wanted, from having financial freedom to becoming a leader and a father of two kids. “I had it all, I should not be feeling this lost” Bob said.

Bob is excellent in setting goals and reaching them, he is a master in moving to action, to the extent that his identity became completely dependent on his excellent functioning abilities.

This is why, when he was forced – because of his approaching retirement – to ask himself  “who I will become when I cannot do this job anymore?”, he panicked. He tried to convince himself that he is still a father and a husband but he was not convinced: his children are all grownups and they have their own lives; his wife also has her own life routine, and the idea of just resting and having fun as a retirement plan is becoming more repulsive as he thinks about it. 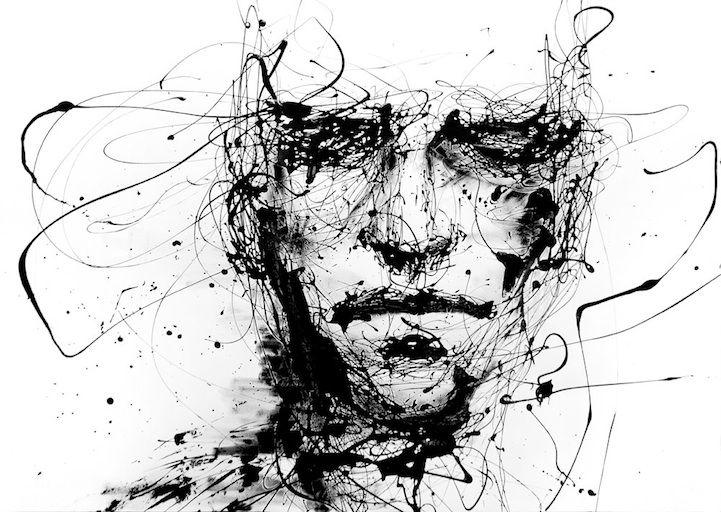 To him, “I have a function” means “I exist!”. Bob’s pattern has always been setting a goal, working for it, achieving it, setting another goal and repeat. He reached

He reached success but never bothered to give himself the chance to be fulfilled by it. His mind was constantly gravitating to future goals, to the extent that it made him bypass living the present.

He didn’t have the ability to stay still and sense what was happening around him, just for the sake of being present and witnessing life happening, without thinking about what to do next.

Bob’s way of life developed his identity when he was actively sending input to life yet completely bypassed developing an identity when he was passively receiving output from life, which led to a fragile identity that is conditioned by his ability to function. Metaphorically, it is as if he learned to exhale deeply, and forgot to learn how to inhale properly, which led him to a gradual suffocation that took him years to realise.

What all of these people had in common is that, at some point in their lives, they lost the function that was the anchor of their identity. A mom who lost her function as a mom when her children left home; a wife who became single; a person who lost his sight after an accident; a daughter who discovered that her father, on whose example she modeled herself and her ethics, is not the superhero that she always thought him to be. The list is extremely long!

Working with Bob and a lot of people like him. The answer to my questions became clear to me.

The output of life is the information that life is constantly sending and a person can perceive through his senses. If that person’s attention is constantly depleted by his function, by what he should do, could have done or may do. Simply he will not have the energy to sense what is happening in him or in his life.

I call this ability, Being present with life.

Conclusion: To have a sound identity, one that can endure the changes of life a person will need to embrace and empower both his Functioning abilities and Being abilities simultaneously and equally.

Using the breathing analogy, a person will need to exhale (functioning) and to inhale (being) with equal depth and rhythm for him to gain health and balance. 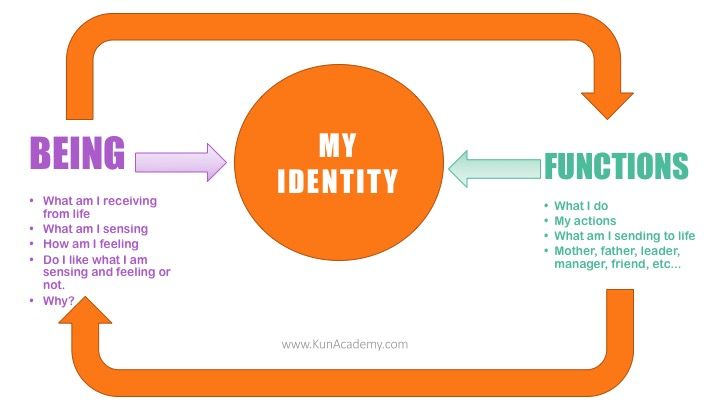 A Goal is Not Always Meant to BE Reached

Working extensively with people who suffered from identity crises, I succeeded in developing an effective three-step process, to equip people with the tools they need to overcome the crises and rebuild a healthier identity.

You can learn more about this process here: 3 steps to knowing yourself and building a healthy identity

Thank you for reading

About the Author: Samer Hassan, MCC

As a multilingual Egyptian-Italian, I have lived and worked on 4 continents and in 3 languages English, Arabic and Italian. Crossing cultures, traditions, and beliefs. For 15 years, I have developed individuals and leaders, brought cohesiveness to teams, and trained/mentored coaches. My passion to study all the major theories and the neuroscience of expanding the human potential, supported by a 30-year dedication to learning martial arts, helped me realise that the quickest and most powerful route to profound transformation is through leveraging the mind-body connection. This realisation inspired me to develop “Somatic Thinking” an experiential coaching methodology to transform physical awareness into a valuable asset in coaching and in leadership. I am honored to be the only native Arabic speaker worldwide who obtained the MCC (Master Certified Coach), the highest credential level in the world by the International Coach Federation. One of the only 20 MCC coaches who operate in the Middle East, Gulf region, Africa, and Europe. I currently reside in Italy, serving my clients in stages, conference centers and training rooms around the world, as well as through on-demand virtual training through my website. www.KunCoaching.com

*Our content and offer sharing is permission-based and we will only send you relevant information.

** You can click the unsubscribe link at the bottom of any email to instantly adjust your preference or to securely unsubscribe.

***We value your privacy and use a variety of security measures to protect your information.