“I have lived and worked on four continents and in 3 languages crossing cultures, traditions, and beliefs. For 15 years, I have developed individuals and leaders, brought cohesiveness to teams, and trained/mentored coaches.”

Studying the major theories and the neuroscience of expanding the human potential, supported by a 30-year dedication to learning martial arts, helped Samer develop “Somatic Thinking” a coaching methodology to transform physical and emotional awareness into a valuable asset for coaching and leadership excellence. Somatic Thinking message is a simple one “We can’t solve problems by using the same level of physical awareness that we used when we were creating them.”

Samer is the first native Arabic speaker worldwide who obtained the MCC (Master Certified Coach), the highest credential level in the world with more than 4000+ coaching hours. One of the only 20 MCC coaches who operate simultaneously in the Middle East, Africa, and Europe.

He is a New Ventures West USA Professional Certified Coach in the Integral development methodology. A Professional Certified Coach by the Integral Coaching Canada training company. Certified in many powerful coaching tools as Clean Language, by David Grove and 360. He has jointly developed the Spheres of Interaction and profound listening coaching tool with Suzanne Nault, a Canadian psychologist. Samer has developed a robust and highly successful Coaching Skills for Managers programs, and Coach Training and Mentoring programs, widely used in Italy and the Middle East.

Samer has worked with organisations and individuals in different roles ranging from an executive coach, mentor coach, and corporate trainer. Working with private, government and not-for-profit organisations, with schools and multinational companies, to develop their leadership, increase culture and inter-culture cohesiveness and maximise the capacity and productivity of their people.

“I am a husband and a happy father of two, who lives the life of a nomad — meeting people from all walks of life, travelling from one place to another working with, learning from and coaching — crossing cultures, traditions and beliefs. Nothing makes me happier than having a deep conversation. I love martial arts, all kinds of food, nature, and people.”

Samer currently resides in Italy, serving his clients in stages, conference centres and training rooms around the world through his enterprise KUN.

Click here to schedule a free consultation to discuss your needs 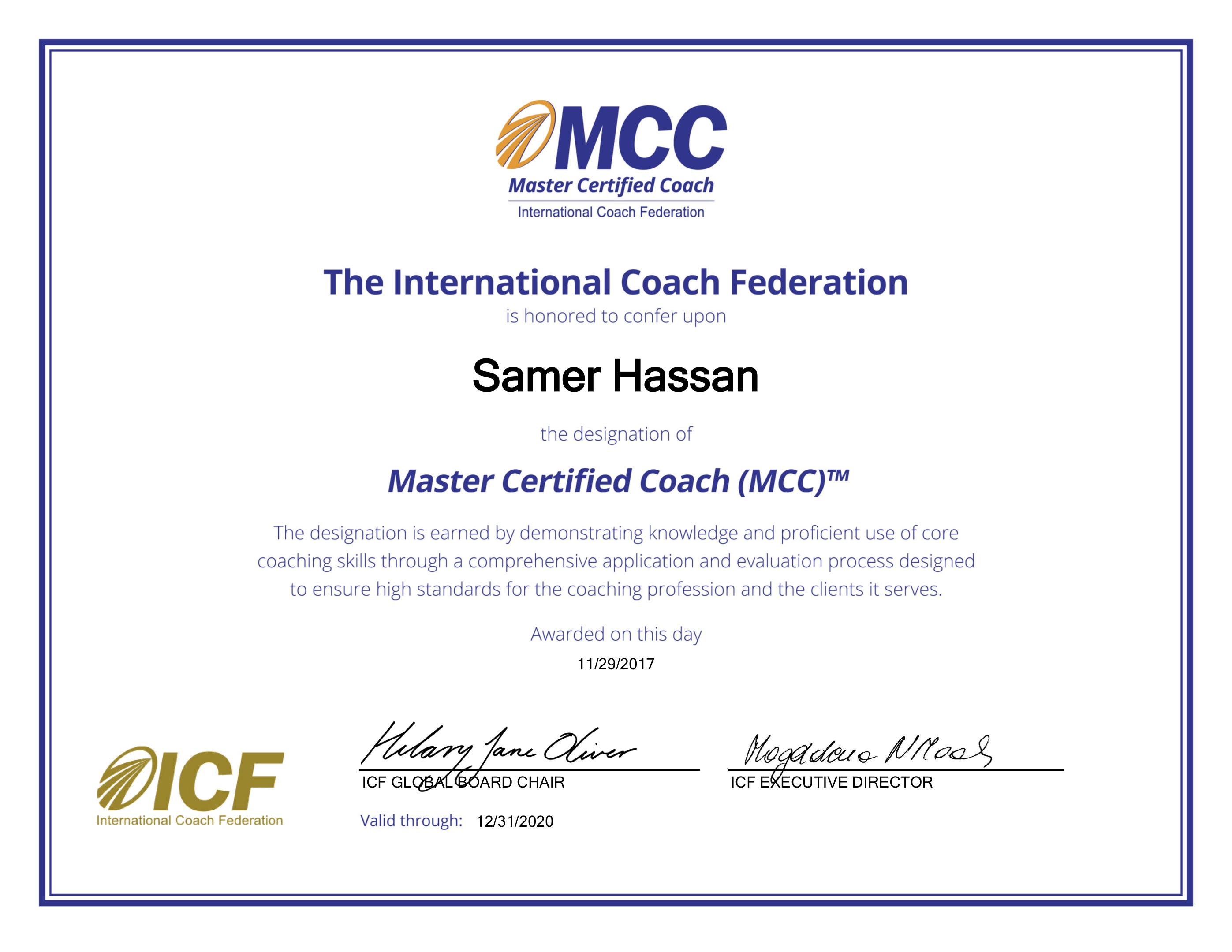 Samer Hassan is joined at Kun by a strong network of associate coaches to bring you the very best training and growth. Each associate coach is certified by the International Coaching Federation (ICF) or an equivalent reputable coaching governing body such as the European Mentoring and Coaching Council (EMCC) or the International Association of Coaching (IAC).Not only do our coaches have the necessary training and certification to bring about transformation in leaders and organisations, they bring with them decades of professional experience and leadership in international organizations to better understand the real concerns of leaders, teams, and individuals in today’s global marketplace.

Are you ready to work with our team of coaches to transform your global organisation?